Manchester again? Yes. For several times I visited Manchester, I always went because I had something to do. It was not for the sake of exploring the city, but rather to apply for visa or for transit. However, my sister is now living in Manchester. Therefore, I went to visit her last Christmas. I only stayed there for one night, but I could manage to visit some other places, not just the Old Trafford.

Although for me visiting Old Trafford is not my priority as I had visited it before, I couldn’t escape from it! My husband is a hardcore fan of Manchester United so we went to visit the stadium. The stadium itself is quite far from the city center, but is easily accessed by tram. You can take the yellow tram from Manchester Piccadilly station or from the Piccadilly Garden. It takes about 30 minutes to reach the place. To enter the museum and join the tour, people have to pay the admission fee. It is rather expensive, but according to some friends, it is worth it. Currently, the price for museum and stadium tour is £18 for adults. You can check the ticket availability here: http://www.manutd.com/en/Visit-Old-Trafford/Museum-And-Stadium-Tour/Price-Lists.aspx. While booking our ticket, we also have to choose the date and time when we are going to the museum. You should come at around the allocated tour time. If you are arranging to visit some other attractions besides the Old Trafford, the total visiting time for this attraction is around 2 hours. During my last visit to the stadium, I noticed some differences in the museum as well as the tour. I think the museum is a bit more advanced than before, I like the new layout and I think there’s a new small added exhibition. How they start the tour is also more organized as now there’s a waiting room for us before the tour. For those who haven’t read my previous AdventureNotes on Manchester, here’s a little bit preview of the tour. We started off by coming inside the stadium, sitting on the supporters’ seats while listening to the tour guide about the Old Trafford stadium. The tour guides here have always been delivering very exciting stories about Manchester United and the stadium, bringing a good atmosphere and spirit on the tour participants. We also went to the changing room, the press room, and were able to sit on the players’ bench. At the previous tour arrangement (approx. 2012), we also went to the Munich Tunnel and were told the history of the Munich tragedy. However, the current tour does not have this feature and focuses only on what’s inside the stadium. The tour is finished at the shop we not only can buy MU souvenirs, but also print a tour certificate for free.

After visiting the Old Trafford, my husband and I went to the city center to meet my sister. We met her near the Piccadilly Garden and walked to the Manchester Library and Albert Square. As it was Christmas at that time, the place was crowded with people strolling through the Christmas market. We walked along the Christmas market up to the John Rylands Library. It is named as one of the most interesting attraction in Manchester. Indeed, the place’s architecture is interesting. I didn’t notice it at first as it looked like a modern building, but as I entered the place, I could feel the gothic. The rooms are totally decorated in the gothic way and it has one of the oldest still-functioning study rooms. As we went to the rooms, people are learning and doing their tasks. It actually still functions as one of the University of Manchester’s libraries.

It was getting dark and we went around the city center once again, amazed by the magnitude of Arndale. The shopping center is very big, indeed. There are also many interesting outdoor places around it, such as the one between the Arndale and the National Football Museum. At around 8 pm, almost all of the attractions were closed. We took a bus from the Piccadilly Garden to Oxford Road area. It costs £1 per ride for the bus. Oxford Road is actually the university area, and nearby there’s an area called the ‘curry lane’ because there are many Indian/Middle Eastern restaurant there. We had our dinner in one a restaurant there, which is Al Jazeera, the most famous one among Indonesian people. It tasted good, actually.

Our day ended there. We stayed one night in Manchester but had to catch an early train the next morning. It was quite interesting to see another part of Manchester besides the stadium. I haven’t had a chance to visit the museums so I hope (if I get decent review about them) I can visit the city again someday. 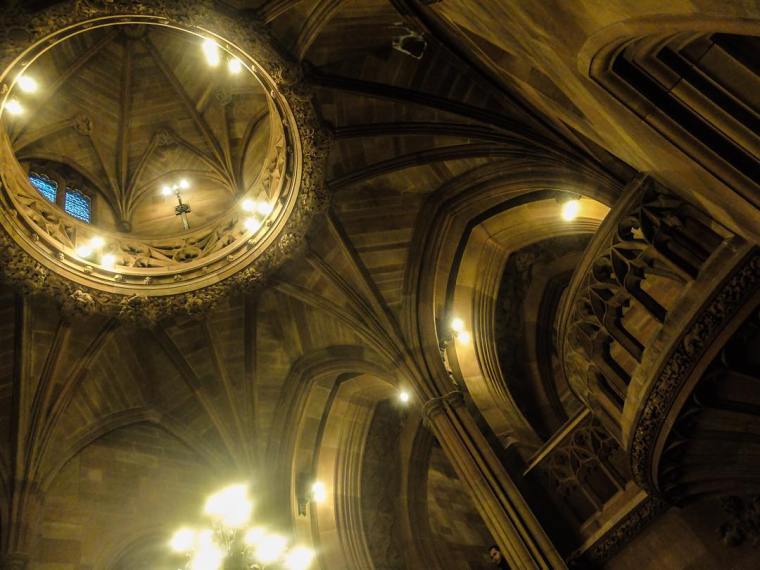 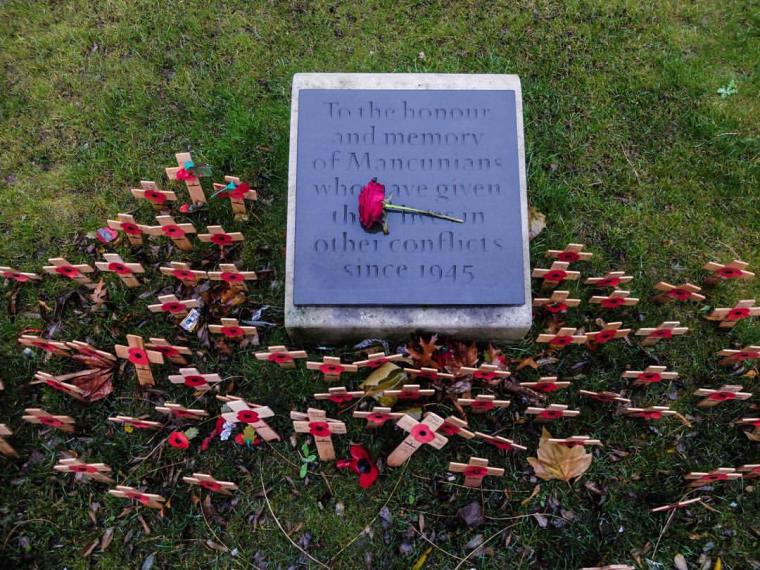 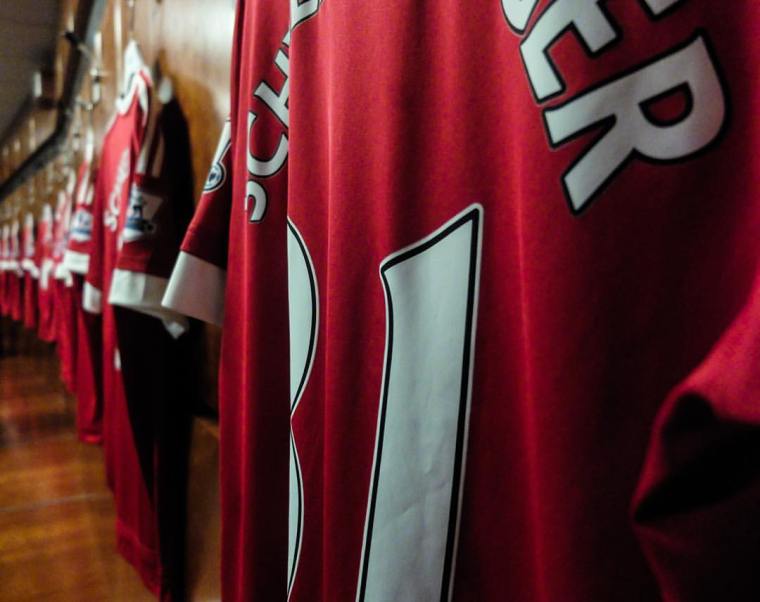 Manchester, to be honest, I do not like this city. I don’t know why but it’s just a city for me. I went there with my housemate and we visited the so-called biggest Chinatown in the UK – which for me, not too big and not too Chinese. It was a day trip so when we arrived there at around 11 – thanks to the delayed train – we grabbed lunch and went straight to Old Trafford.

I am not a football fan. I am definitely not an MU fan. But going to Manchester without visiting Old Trafford is like.. what are you going to do?? Unless you have other business plan or meeting with friends. The museum and stadium tour were quite nice. I got a 2 for 1 ticket because I took the train from Hull to Manchester. You need to note this! If you’re going by train around UK, you may be able to get some promotion or something like that. Check the website so you won’t miss it.

The Old Trafford Stadium was a little bit outside of downtown Manchester. I took the tram to get there plus around 20 minutes walking. We arrived later than when we should be there but luckily they didn’t make a fuss about it and allowed us to take the next tour. The tour is probably once in an hour so we didn’t have to wait that long. It took around 2 hours to finish the whole thing. It was nice, full of information, and you get to come in to different places in the stadium. At the end of the tour, you can shop if you want – which I didn’t.

After that, we went back to the city and just strolled around. There was this big shopping mall and a nice park. I didn’t really pay attention around really. But if you want to shop, go to Manchester! Especially during the Christmas sale because you can get almost everything with cheap price. LOL.

There are many more museums and places you can visit if you are going to Manchester. Unfortunately I didn’t go to those places. I heard that there is this football museum, etc. Yeah.. Manchester is not too confusing as a city so you basically don’t have to go around and around to go to places. The city center is compact. Plus! Free city bus! If you are going to certain places you can just take the free city bus. Yeap… That’s about it. I went to Manchester twice but the second one is for visa thingy so… it doesn’t count. LOL.