Chester? Not Manchester? No, they are different cities. This time, AdventureNotes will be about Chester. Where is it? The city is actually located not too far from Manchester or Liverpool. It is rather small, but indeed such a beautiful one. As usual, this piece will be written based on my experience and further information from the official Chester tourism website, http://www.visitchester.com/.

I went to visit Chester at the end of March. My first destination was the Chester Zoo (https://theadventureofizzao.com/2016/04/15/adventurenotes-22-chester-zoo/), but having known that the city is also famous for its beauty, I allocated a little time to explore the city. However, indeed it is not enough. Chester is too interesting to be visited for only a few hours. I think a day should be okay, though. Here, I will describe my few hours in Chester.

So the first place I visited was the tourist information center. It is located at the center of the city, near the Grosvenor Shopping Center. As I arrived there quite late, 3.30 pm, there are not many places that are still open. Therefore, I decided to just see the city and walk along the Chester Wall.

In my opinion, Chester is a bit like York. The city center consists of small streets with old-style buildings. In Chester, the buildings are more into the Tudor style. You know, the white color on top with list of wood. It is very interesting to see those modern brands’ store in the old-style buildings. Very unique, indeed. There are many shops in Chester so that the city also proclaims itself as a paradise for retail therapy. If the shops in the city center are not enough for you, you can always go to Cheshire Oak Designer Outlet, a little but outside of the city for a cheap bargain of designer labels. 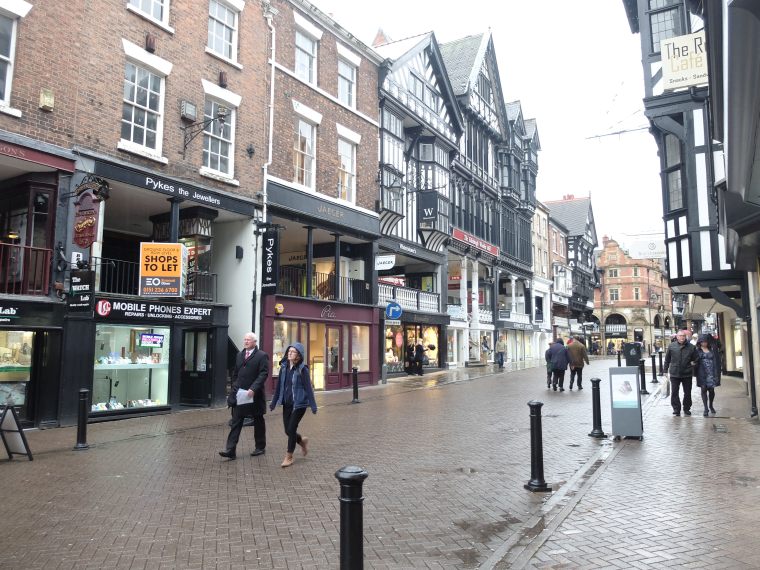 The city is surrounded by a wall, which is known as the most complete city wall in Britain. At one part of the wall, there is a gate called the Eastgate, which is famous for its clock. It is quite beautiful and has become a city icon. From there, we can also go up to the city wall and start our exploration. 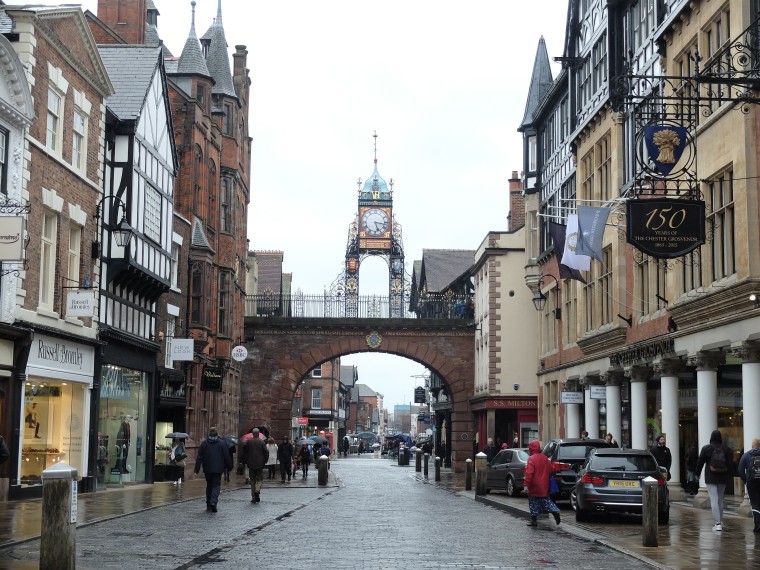 After taking pictures near the clock, I went to the city wall and started walking around the city. First, we can see the Chester Cathedral. You can always visit the place for free, but from the outside, it is already majestic. The scenery is very beautiful from the city wall. I walked pass the Falconry and along a canal.  It was very calming. Alongside the wall, there are also some shops and tea houses. At that time, all of them were already closed, but during the day, it can be fun to have a cup of tea on the city wall.

At one point, I stopped for quite a long time to see how the canal system works. There was a boat wanting to pass by a water gate and the people on the boat had to come out, open the water gate and balancing the water level before the boat can pass by. It was such an interesting sight. I didn’t know that we should do that. What a good to know fact!

After we parted from the canal side, the wall turns to the horserace area. Chester is also famous for its race days. The area is just so big! There was nothing at that time, but the view was certainly mesmerizing. I feel that the whole city is just charming. At the end of the racecourse area, we can see the Chester Castle. The place is now used as the Cheshire Military Museum.

Passing the castle, I walked neat the university area on my left side. On the right is River Dee. Walking along the river side, we can see a meadow in front of a church on the other side of the river. With spring coming, the colorful flowers are just gorgeous. There are actually many things that we can do on the river side and on the river. There are people canoeing, you can take a boat trip, or just walk along the river, enjoying the scenery. 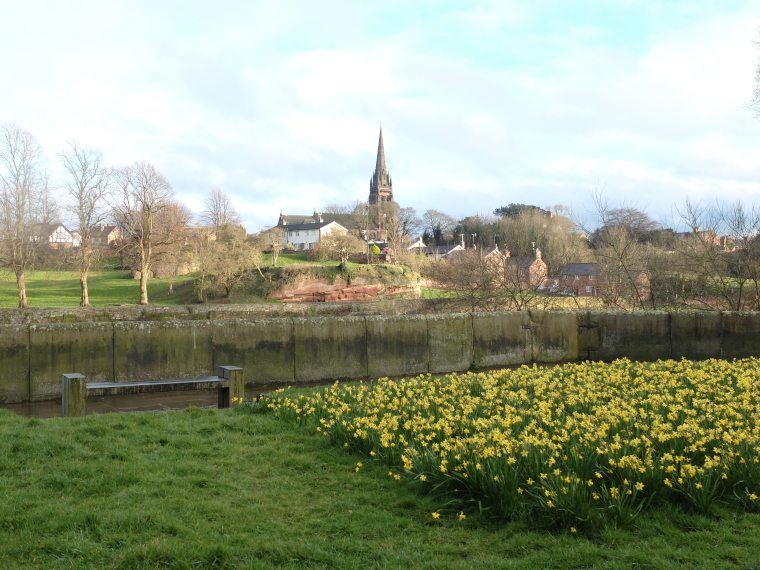 Passing the river side, the wall then makes it turns towards our starting point. However, before we arrive at the Eastgate, we will pass a Roman Amphitheater and some kind of Roman Garden. Then, we would have completed our walking on the city wall experience. It took me around an hour or so to get around the city wall. It is not boring at all because the city is indeed so very beautiful.

I wish I have another opportunity to visit Chester. I’d love to come inside the museums, watch the Town crier (a traditional ceremony of some kind of proclamation), and explore the shops. It is such a recommended place to visit and now is on my second most beautiful city in the UK!

One thought on “AdventureNotes #24: Chester”